Yes, there are actual Hypnotist in Singapore...

When you are experiencing painful memories or experiences, you might think of going beyond counseling and psychology. Perhaps gaining a little more knowledge about Hypnosis would help you decide whether to pursue it or not.

Our questions were answered by Lee Mcking, a local hypnotist here:

1. What is Hypnosis and how does it work?

Hypnosis is commonly misunderstood as a magic power but it is more psychological if anything! It is a natural state of awareness that people go into every day, multiple times a day. There are several indicators that are indicative of a sign of hypnosis happening, ranging from the usually known deep relaxation, to intensely focused attention, to even a heightened state of awareness (such as hearing further, seeing more clearly etc).

Focused attention is key. When you focus on a task, for example, you are utilizing this natural state of awareness, in order to complete the task as best you can. You might be studying for an exam and were so focused on it that you forgot to eat. Or perhaps you had a lot of work to do that you didn’t feel the pangs of hunger. That intense focus and concentration are one of the ways we go into hypnosis every single day!

Now another word you may have heard of before is trance. A trance is another term for this natural state of awareness where we experience hypnosis. So do be aware that a hypnotic trance, hypnosis, or trance can be used interchangeably.

Look at yourself right now and what are you doing. Yes, of course you are reading this consciously. But what is happening in the background? What is your unconscious mind handling for you? From blinking, to heart rate, from the shifting of the body when it gets uncomfortable, to breathing and digesting your food, your unconscious mind handles all of these processes automatically! You do not need to consciously think to blink, breathe or digest your food.

When you are a baby, you consciously learn about balancing the entire body as your crawl, how to crawl effectively with your four limbs, how to look around and navigate, and so on. Depending on our stage of life, we consciously focus on different things and can depend on our unconscious mind to handle other things for us. Now we can walk from the bedroom to the toilet without thinking, “Left foot here, right foot there, hold I need to reduce the strength so I don’t stomp the ground… swing my hands the right timing, look at the door…”

So what happens when you have issues like trauma, anxiety, or depression? Essentially something happened in your past (usually) and it has now imprinted in your unconscious mind. If you think of the mind as like a computer, the conscious mind is the screen, what you see is what you get. The unconscious mind is the entire code and programs running in the background of the computer to make it work. You might not know how it works but you know it works. When something happens that imprints something negative in the unconscious mind, it can be said to be an error or a bug in the programming. It is like you went to download a game to play but it came with a virus and it is now affecting your calendar. It might seem like nothing or small so you ignore it but who knows when the virus starts to slow down your computer and affect the letters you see on the screen? That’s when the issue got out of hand. 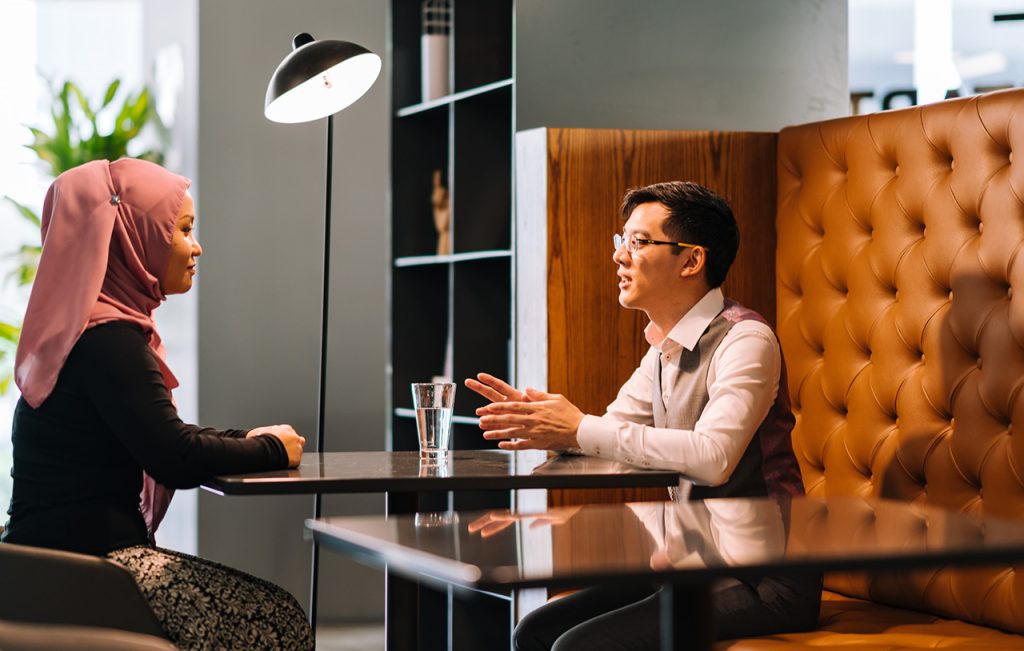 2. What are the 3 common issues hypnosis can help?

And that’s also where I come in. People come to see me resolve a number of issues, namely anxiety, and depression. Some people do come to see me for fear and trauma as well as other issues which you might not think of seeing a hypnotist for.

Once we understand how the mind works for each client, we can navigate using the right techniques in order to find the right solution for them. You might not believe it if I tell you that when the client is ready to resolve their issues, 90% of them can resolve them in 1 session of hypnosis with me.

With my version, we effectively connect the conscious and unconscious so they can communicate with each other in order to find the right solution to resolve the issue. Let me share a quick case study.

I had a 40-year-old lady who came with issues of depression, anxiety, and panic attacks that occur at 4 pm every day. She went to see a psychiatrist and he said it is due to career stress. However, considering that she isn’t working on the weekend and yet still having the 4 pm panic attacks, it doesn’t seem right.

In order to find the cause, I did a hypnosis technique called regression, which follows the issue to the root cause in the unconscious mind. And now she saw herself as a baby, barely a few months old. She shares with me how she is crying because she is hungry, but instead of feeding her, her parents are arguing beside her.

Why 4 pm? Probably because that core memory occurred at 4 pm. Anyway, the main thing is to resolve this issue, so I guided her to forgive her parents for arguing in front of her and to reassure her baby self that she didn’t die. When I check on her the very next day, she reported no anxiety, no depression, and no more panic attacks at 4 pm. Checking on her again about 9 months later, she reported no further anxiety, depression, or panic attacks even when she went to work.

Once the issue is fully resolved, there is no more relapse.

3. What type of person can be hypnotized?

Technically everyone can be hypnotized since most if not all of us are experiencing some form of daily trance anyway. The tricky thing is when the trance is for daily living, or to resolve an issue.

Daily living is necessary and thus straightforward. But when it comes to resolving an issue, you get a few more questions.

Are you ready to resolve the issue and move on?

Is there anything else that might stop you from resolving the issue?

If the issue was cause in part or in full by someone, are you ready to forgive that person?

Is there a reason why you think you might need to suffer or be punished?

These are just some questions that might pop up when it comes to my clients and their issues. Some people might think that, hey I got this issue for so long, it is part of my life or my identity, who or what am I without my issue? If so, they will resist the hypnosis to resolve said issue.

So say the issue was caused by a parent, am I ready to forgive that parent and move on and heal? What if I want to feel angry so I can have revenge on that parent? If so, they won’t want to resolve the issue fully either.

I had a client who came to see me to resolve an issue, and during the hypnosis, it was revealed that said issue is linked to sexual trauma by her father. She couldn’t forgive her father, which is understandable. We did manage to resolve part of the anger, but it can’t be completed since she wasn’t ready to forgive him.

About 3 years later, she suddenly texted me, “McKing, I asked my unconscious mind whether I’m ready to forgive my father and I felt a resounding YES!” we arranged a session and sure enough, managed to resolve and release all that trauma away. She is in such a great place right now.

In case you are wondering, throughout the 3 years, we stayed in contact but I didn’t suggest any other hypnosis sessions because if she still wasn’t ready to forgive then she won’t be ready. Sometimes we really do have to wait and allow some time to pass.

This is why I do a complimentary chat with my clients so I not only know their issues and how their minds work in order to help them better, but it is also for me to see if they have anything else that might hinder the hypnosis and recovery process. They also need to understand themselves better.

Then of course we got some other common factors like time and place, and even whether you trust the hypnotist enough to go into hypnosis with them. I once had a client who wanted me to do the hypnosis in his house, but because in his house, it was his “place of power”. So there was a fair amount of resistance to his hypnotherapy. 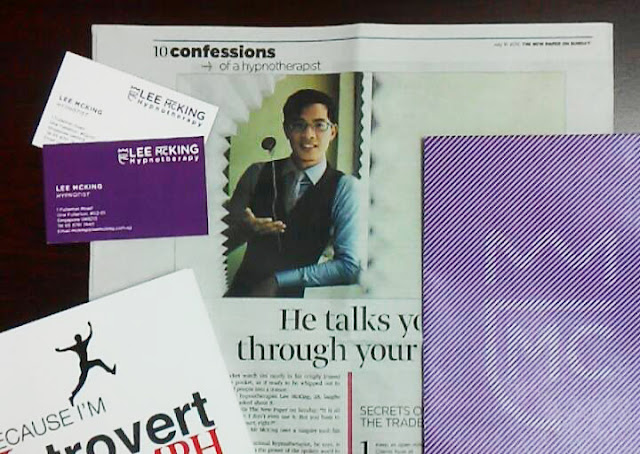 If you would like more information about Lee Mcking, you can reach him via the following methods online:

Shopee Best Phone Accessories Deal for As Low As $1

Shopee Best Phone Accessories Deal for As Low As $1

No Result
View All Result